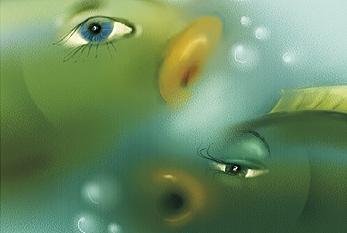 The Sun enters the Zodiac sign Pisces at February 20, 2024 and leaves it on March 20, 2024. Pisces is the twelfth astrological sign in the Zodiac, which started from the Pisces constellation. It is also considered a water sign and one of the four mutable signs. Pisces has been traditionally ruled by the planet Jupiter, but since its discovery, Neptune has been considered a modern ruler of this sign. Being the twelfth sign, Pisces is associated with the astrological twelfth house. Individuals born when the Sun was in this sign are considered Pisceans.

According to one Greek myth, Pisces represents the fish into which Aphrodite and her son Eros transformed in order to escape the monster Typhon; they are tied together with a cord on their tails, to make sure they do not lose one another. Alternatively, the twin fish were placed in the heavens in honor of their heroic deed of saving Aphrodite and Eros from Typhon on the river Euphrates. (With material from: Wikipedia)

Other features of the Pisces horoscope: