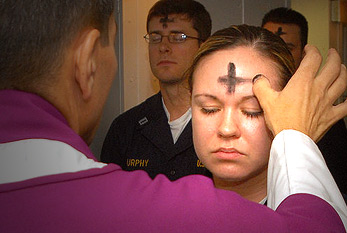 Ash Wednesday, in the Western Christian calendar, is the first day of Lent and occurs forty-six days before Easter, in 2023 at the 22nd of February. It is a moveable fast, falling on a different date each year because it is dependent on the date of Easter. It can occur as early as the 4th of February (5th of February on leap years) or as late as the 10th of March.