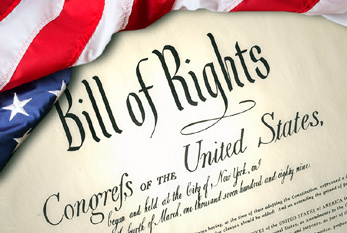 Bill of Rights Day is observed on December 15, 2023. The Bill of Rights is the collective name for the first ten amendments to the United States Constitution. Proposed to assuage the fears of Anti-Federalists who had opposed Constitutional ratification, these amendments guarantee a number of personal freedoms, limit the government's power in judicial and other proceedings, and reserve some powers to the states and the public.