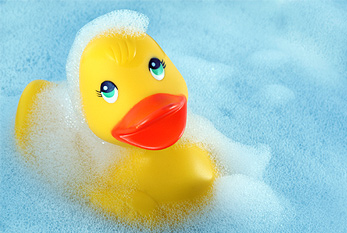 Bubble Bath Day is celebrated on January 08, 2024. A bubble bath is a filled bathtub with a layer of surfactant foam on the surface of the water and consequently also the surfactant product used to produce the foam. Bubbles on top of the water, less ambiguously known as a foam bath, can be obtained by adding a product containing foaming surfactants to water and temporarily aerating it by agitation.