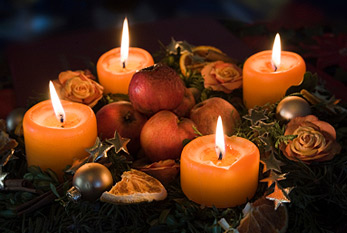 The fourth and last sunday of the advent season is on December 18, 2022. The day is called the Fourth Sunday of Advent. The fourth candle is lit on this day along with the first three. It is the Angel's candle, reminding of the heavenly hosts that proclaimed Christ's arrival with "Behold, I bring unto you good tiding of great joy!"