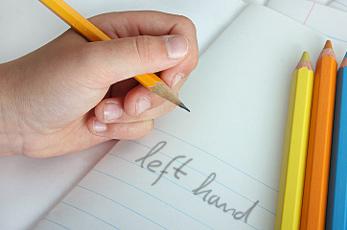 International Lefthanders Day is celebrated on August 13, 2023. It was first observed 13 August 1976. As its name suggests, it is meant to promote awareness of the inconveniences facing left-handers in a predominantly right-handed world. It celebrates the left-handers, who are from seven to ten percent of the world's population.

International Lefthanders Day was founded by the Left-Handers Club in 1992, with the club itself having been founded in 1990. International Left-Handers Day is, according to the club, "an annual event when left-handers everywhere can celebrate their sinistrality [meaning left-handedness] and increase public awareness of the advantages and disadvantages of being left-handed." (With material from: Wikipedia)