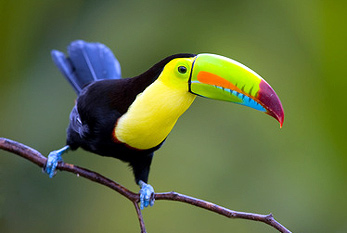 National Bird Day takes place on January 05, 2023. It is an annual holiday with half a million adherents who celebrate through birdwatching, studying birds, bird drinking games including 'bird date' and other bird-related activities. Bird adoption is a particularly important National Bird Day activity. According to the newspaper Atlanta Journal Constitution, many bird enthusiasts celebrate by adopting birds and by educating future bird owners about the special issues involved with taking care of birds, including their "screaming, biting, constant cleanups, the need for daily interaction and a varied diet".

Birds are feathered, winged, bipedal, endothermic (warm-blooded), egg-laying, vertebrate animals. With around 10,000 living species, they are the most speciose class of tetrapod vertebrates. All living species of birds have wings. Wings are evolved forelimbs, and most bird species can fly. Flightless birds include ratites, penguins, and a number of diverse endemic island species. Some birds, especially corvids and parrots, are among the most intelligent animal species; a number of bird species have been observed manufacturing and using tools, and many social species exhibit cultural transmission of knowledge across generations.

Though human activities have allowed the expansion of a few species, such as the Barn Swallow and European Starling, they have caused population decreases or extinction in many other species. Over a hundred bird species have gone extinct in historical times. The most commonly cited human threat to birds is habitat loss. Other threats include overhunting, accidental mortality due to structural collisions, pollution, competition and predation from nonnative invasive species, and climate change.

Governments and conservation groups work to protect birds, either by passing laws that preserve and restore bird habitat or by establishing captive populations for reintroductions. Such projects have produced some successes; one study estimated that conservation efforts saved 16 species of bird that would otherwise have gone extinct between 1994 and 2004, including the California Condor and Norfolk Parakeet. (With material from: Wikipedia)