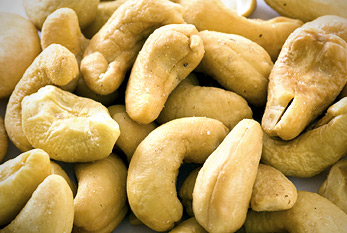 National Cashew Day is observed on November 23, 2023. The cashew is a tree in the family Anacardiaceae which produces a seed that is harvested as the cashew nut. The cashew nut is a popular snack and food source.

ashews, unlike other oily tree nuts, contain starch to about 10% of their weight. This makes them more effective than other nuts in thickening water-based dishes such as soups, meat stews, and some Indian milk-based desserts. Many southeast Asian and south Asian cuisines use cashews for this unusual characteristic, rather than other nuts. (With material from: Wikipedia)