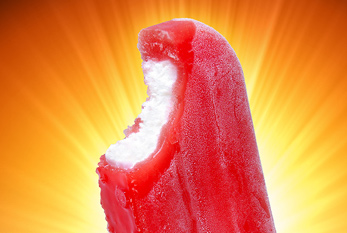 National Creamsicle Day is observed on August 14, 2022. Creamsicles are one type of popsicle. It is made by freezing flavored liquid (such as fruit juice) and ice cream around a stick. Often, the juice is colored artificially. Once the liquid freezes solid, the stick can be used as a handle to hold the ice pop.