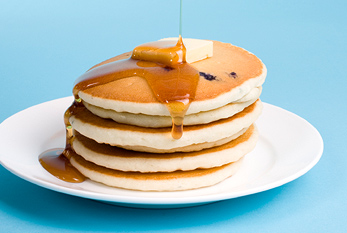 National Maple Syrup Day is observed on December 17, 2022. Maple syrup is a syrup usually made from the xylem sap of sugar maple, red maple, or black maple trees, although it can also be made from other maple species. In cold climates, these trees store starch in their trunks and roots before the winter; the starch is then converted to sugar that rises in the sap in the spring. Maple trees can be tapped by boring holes into their trunks and collecting the exuded sap. The sap is processed by heating to evaporate much of the water, leaving the concentrated syrup.