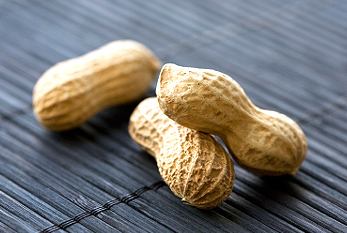 National Peanut Day takes place on September 13, 2023. Peanuts are known by many other local names such as earthnuts, ground nuts, goober peas, monkey nuts, pygmy nuts and pig nuts. Despite its name and appearance, the peanut is not a nut, but rather a legume. Peanuts are rich in nutrients, providing over 30 essential nutrients and phytonutrients. Peanuts are a good source of niacin, folate, fiber, vitamin E, magnesium and phosphorus. They also are naturally free of trans-fats and sodium, and contain about 25% protein.

Peanuts have many uses. They can be eaten raw, used in recipes, made into solvents and oils, medicines, textile materials, and peanut butter, as well as many other uses. In the US, peanuts are used in candies, cakes, cookies, and other sweets. They are also enjoyed roasted and salted. Peanut butter is one of the most popular peanut-based foods in the US, and for four hundred years, recipes for peanut soup have been present in the South, Virginia in particular. In some southern portions of the US, peanuts are boiled for several hours until soft and moist. Peanuts are also deep-fried, shell and all.

Although the peanut was mainly a garden crop for much of the colonial period of North America, it was mostly used as animal feed stock until the 1930s. In the United States, a US Department of Agriculture program (see below) to encourage agricultural production and human consumption of peanuts was instituted in the late 19th and early 20th centuries. George Washington Carver is well known for his participation in that program in which he developed hundreds of recipes for peanuts. (With material from: Wikipedia)