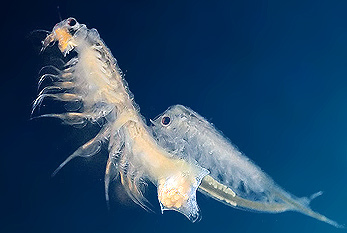 National Sea Monkey Day is observed on May 16, 2023. Sea-Monkeys is a brand name for brine shrimp - a group of crustaceans that undergo cryptobiosis - often sold in hatching kits as novelty aquarium pets. Invented in 1957 by Harold von Braunhut, the product was heavily marketed, especially in comic books, and remains a presence in popular culture. Initially called "Instant Life", von Braunhut changed the name to "Sea-Monkeys" in 1962. This was based on the supposed resemblance of the animals' tails to those of monkeys, and their salt-water habitat. The product was intensively marketed in comic books.