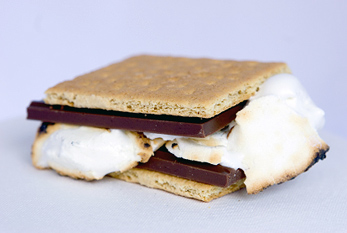 National S'mores Day takes place on August 10, 2023. A s'more (sometimes spelled smore) is a traditional nighttime campfire treat popular in the United States and Canada and consisting of a roasted marshmallow and a layer of chocolate sandwiched between two pieces of graham cracker.