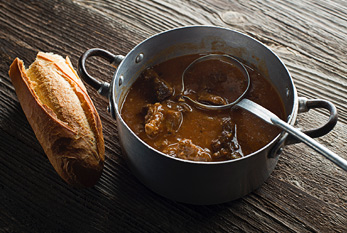 Pepper Pot Day is observed on December 29, 2023. Pepper Pot is a thick stew of beef tripe, vegetables, pepper and other seasonings. The origins of the stew are steeped in legend, with one story attributing the dish to Christopher Ludwick, baker general of the Continental Army during the American Revolutionary War.