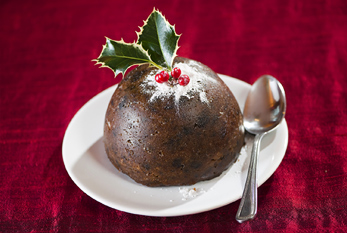 Plum Pudding Day is celebrated on February 12. 2022 by eating a yummy plum pludding. Plum pudding also known as Christmas pudding first of all contains no plums and is not a pudding as you might imagine a pudding to be. Plum pudding is understood as boiled or steamed pudding composed of apples, nutmeg, dates, nuts, raisins, cinnamon, and other ingredients and is usually served during the holiday season. The origins of this delicious meal go back to the 17th century where all kind of dried fruits were referred to as plums.