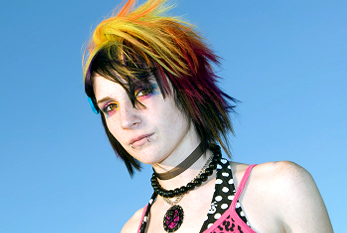 Punk for a Day Day is celebrated on October 25, 2023. Let your Inner Punk Rocker out for the day! The punk subculture, which centres around punk rock music, includes a diverse array of ideologies, fashions and forms of expression, including visual art, dance, literature and film. The subculture is largely characterized by anti-establishment views and the promotion of individual freedom.