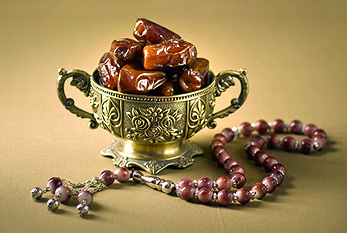 Ramadan takes place between March 23 and April 22, 2023. Ramadan is the ninth month of the Islamic calendar, which is spent by Muslims fasting from dawn to sunset, and with extra prayers. While fasting Muslims refrain from consuming food, drinking liquids, smoking, and engaging in sexual relations. As the Islamic calendar is a lunar calendar, Ramadan begins when the first crescent of a new moon is sighted. The religious feast is celebrated during the entire month.

During Ramadan the Quran was sent to the lowest heaven. The Islamic prophet Muhammad told his followers that the gates of Heaven would be open during Ramadan and the gates of Hell (Jahannam) would be closed. Fasting during Ramadan is one of the Five Pillars of Islam and the first day after Ramadan (beginning of the month Shawwal) is celebrated as the Eid al-Fitr (Festival of Breaking Fast). Fasting during Ramadan is obligatory for adult Muslims, except those who are elderly, suffering from an illness, travelling, pregnant, breastfeeding, diabetic or going through menstrual bleeding.