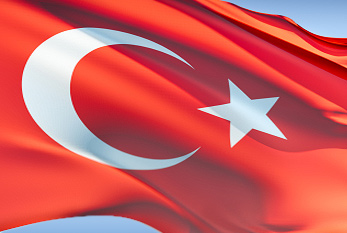 Republic Day of Turkey or Cumhuriyet Bayramı is observed on October 29, 2021 and is a public holiday in Turkey and also in Northern Cyprus. This is a commemoration day for Mustafa Kemal’s proclamation of the Republic of Turkey on October 29 in 1923. With this act Turkey’s history began and its capital city was no longer Istanbul but Ankara. After the declaration Atatürk became Turkey’s first president through an election in the Grand National Assembly.

From the founding of the republic on Turkey’s population grew fast. Altogether it is rather young population in this Eurasian country. The bigger part of the Republic of Turkey belongs to Western Asia or more explicit to Anatolia. A smaller part of about only 3 % of the country belongs to Europe. Including the border between Europe and Asia inside its borders, Turkey’s location is not always easy.

Before the birth of the republic and of course Republic Day of Turkey, the Ottoman Empire got literally destroyed during World War I. After that the Turkish Wars of Independence took place and sultan Mehmed VI got discharged. Turkey’s first president, Mustafa Kemal Atatürk, wanted to modernize the Republic of Turkey with several reforms following the role model of European nations. The name Atatürk, which he got from the parliament, means “Father of the Turks”.