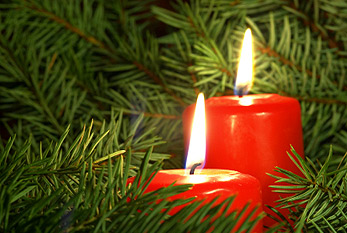 The second sunday of the advent season is on December 04, 2022. The day is called the Second Sunday of Advent. The second candle is lit on this day along with the first candle. It is the Bethlehem candle, reminding that Jesus was born in Bethlehem.