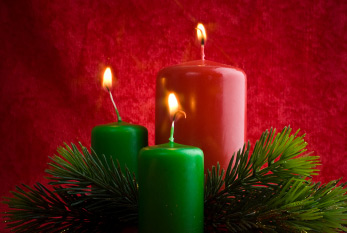 The third sunday of the advent season is on December 17, 2023. The day is called the Third Sunday of Advent or Gaudete Sunday. The third candle is lit on this day along with the first two. It is the Shepherds' candle, reminding that God sent the angels to proclaim His arrival to common man and that He still uses ordinary people today to spread the good news of Christ.