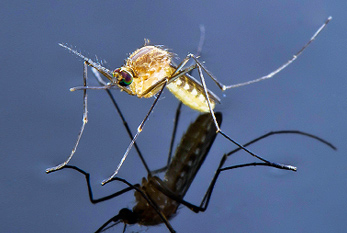 World Mosquito Day takes place on August 20, 2021. World Mosquito Day is a commemoration of British doctor Sir Ronald Ross's discovery in 1897 that female mosquitoes transmit malaria between humans. Ross is responsible for the annual observance, having declared shortly after his discovery that the day should be known as World Mosquito Day in the future. The London School of Hygiene & Tropical Medicine holds Mosquito Day celebrations every year, including events such as parties and exhibitions, a tradition dating back to as early as the 1930s.

Although a few species are harmless or even useful to humanity, most mosquitos are a nuisance because they consume blood from living vertebrates, including humans. The females of many species of mosquitoes are blood-eating pests. In feeding on blood, some of them transmit extremely harmful human and livestock diseases, such as malaria, yellow fever and filariasis. Some authorities argue accordingly that mosquitoes are the most dangerous animals on Earth.

Methods used to prevent the spread of disease, or to protect individuals in areas where disease is endemic, include: Vector control aimed at mosquito control or eradication;
Disease prevention, using prophylactic drugs and developing vaccines; Prevention of mosquito bites, with insecticides, nets, and repellents. Since most such diseases are carried by "elderly" female mosquitoes, some scientists have suggested focusing on these to avoid the evolution of resistance. (With material from: Wikipedia)