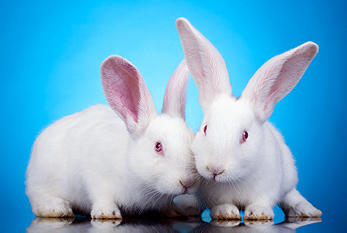 International Rabbit Day is observed on September 23, 2023. It promotes the protection and care of rabbits both domestic and wild. International Rabbit Day is held each year on the fourth Saturday in September. Rabbit habitats include meadows, woods, forests, grasslands, deserts and wetlands. Rabbits live in groups, and the best known species, the European rabbit, lives in underground burrows, or rabbit holes. More than half the world's rabbit population resides in North America.

Where is the event?
Worldwide
World
When is the event?
Saturday, the 23rd of September 2023
Only 352 days left!
The next feasts and holidays