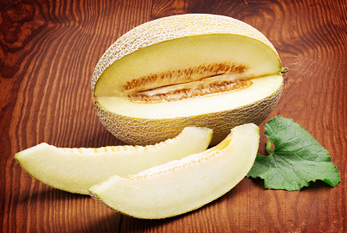 Melon Day takes place on August 13, 2023. Melon Day is an annual national holiday in Turkmenistan devoted to festivities to celebrate the country's muskmelon, in particular a recent crossbreed product named "Turkmenbashi melon" (after Turkmenistan's first president), which is praised for its aroma, taste and large size. It takes place on the second Sunday in August.

This holiday was established by Turkmenistan’s then-president Saparmurat Niyazov in 1994, who preferred to be known as Turkmenbashi, or leader of the Turkmens. The day's celebrations feature a large display of the fruit in all its varieties, as well as a series of dance and music events, in the country's capital Ashgabat. In his address to farmers in 2004, President Niyazov said: "Almighty God has turned Turkmen soil into a fertile source of an abundance of the tastiest fruits. Among them are Turkmen melons, which are the result of farmers' hard work and which have a unique taste reminiscent of the fruit of paradise."

In newspapers Niyazov has been quoted as saying, "The Turkmen melon is the source of our pride. Its taste has no equals in the world, the smell makes your head spin." (With material from: Wikipedia)