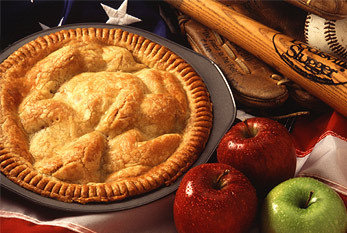 The National Apple Pie Day is in 2023 on May 13. An apple pie is a fruit pie in which the principal filling ingredient is apples. It is the quintessential American dessert. In countless surveys it has been chosen as the favorite dessert in the United States.