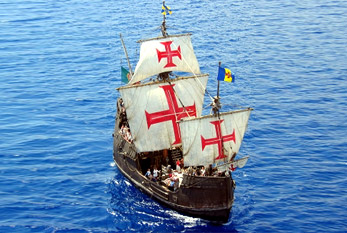 On the second Monday of October, which is in 2023 the 09th of October, Columbus Day is celebrated in the USA. Columbus Day is about the lucky discovery of the American continent by Christoph Columbus in 1492. That is no day off for US-Americans, but they celebrate the beginning of their country’s history anyway. In New York City is a festive parade organized each year.