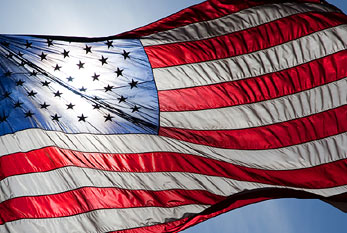 The United States of America celebrate their history and their country on Independence Day, which takes place on July 04, 2022. This national day of the United States is commonly known as the Fourth of July. It is a federal holiday since 1941 and it commemorates the adoption of the Declaration of Independence on July 4, 1776, which was responsible for the independence from the Kingdom of Great Britain. Independence Day is a huge celebration all over the country, including fireworks, concerts, parades, baseball games, barbecues, carnivals, fairs, picnics, political speeches, and various other public and private events. The day is also known as July Fourth.

4th of July celebrates the history, government, and traditions of the United States and is an opportunity for a reunion of family and friends as schools are closed and the day is a holiday for almost everyone. All non-essential federal institutions are closed on Independence Day, too, as in 1938 the US Congress changed the day to be a paid federal holiday. The celebrations are also marked by patriotic displays: both decorations and clothing are colored white, red, and blue - like the colors of the American flag. If 4th of July takes place on a Friday or Monday, people may use the long weekend for short vacations or family gatherings.

Popular songs to be played on 4th of July or especially during the fireworks are: "The Star-Spangled Banner", "America the Beautiful", and "God Bless America". One of the most popular cities to spend 4th of July may be New York City. Many people travel to Manhattan to get a look at the huge celebration with fireworks and star performances. Other "places to be" on 4th of July are Chicago (Lake Michigan), Boston (Charles River), San Francisco (Bay Area), Washington, D.C. (National Mall), St. Louis (Mississippi River), and San Diego (Mission Bay). If the holiday does not take place on a Friday, Saturday or Sunday, some fireworks displays and celebrations may take place during the following weekend.