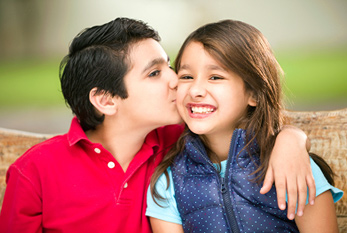 Kiss Your Mate Day is celebrated on April 28, 2023. The day is a great opportunity to cuddle your partner and bless with kisses. Kissing on the lips is a physical expression of affection or love between two people in which the sensations of touch, taste, and smell are involved.

Surveys indicate that kissing is the second most common form of physical intimacy among United States adolescents (after holding hands), and that about 85% of 15 to 16-year-old adolescents in the US have experienced it. In many cultures, it is considered a harmless custom for teenagers to kiss on a date or to engage in kissing games with friends. (With material from: Wikipedia)