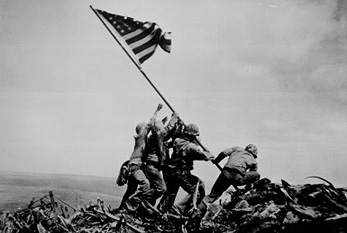 Veterans Day is an annual American holiday honoring military veterans. A federal holiday, it is usually observed on November 11. However, if it occurs on a Sunday then the following Monday is designated for holiday leave, and if it occurs Saturday then either Saturday or Friday may be so designated.

The holiday is commonly printed as Veteran's Day or Veterans' Day in calendars and advertisements. While these spellings are grammatically acceptable, the United States government has declared that the attributive (no apostrophe) rather than the possessive case is the official spelling. (From: Wikipedia, license: CCA-SA)