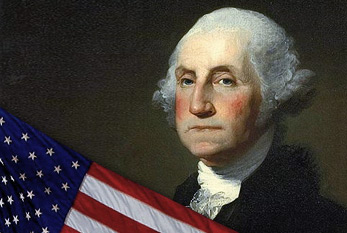 The federal holiday Washington's Birthday honors the accomplishments of the man who has been referred to, for over two centuries, as "The Father of his Country". Celebrated for his leadership in the founding of the nation, he was the Electoral College's unanimous choice to become the first President; he was seen as a unifying force for the new republic and set an example for future holders of the office.

The holiday is also a tribute to the general who created the first military badge of merit for the common soldier. Revived on Washington's 200th birthday in 1932, the Purple Heart recognizes injuries received in battle. Like Memorial Day and Veterans Day, Washington's Birthday weekend offers another opportunity to honor the country's veterans.

Today, the February holiday has become well-known for being a day in which many stores, especially car dealers, hold sales. Until the late 1980s, corporate businesses were universally closed on this day. With the late 1980s advertising push to rename the holiday, more and more businesses are staying open on the holiday each year, and, as on Veterans Day and Columbus Day, most delivery services outside of the U.S. Postal Service now offer regular service on the day as well. Some public transit systems have also gone to regular schedules on the day. Many colleges and universities hold regular classes and operations on President's Day.

Consequently, some schools, which used to close for a single day for both Lincoln's and Washington's birthday, now often close for the entire week (beginning with the Monday holiday) as a "mid-winter recess". For example, the New York City school district began doing so in the 1990s. (From: Wikipedia, License: CCA-SA)